How To Tune A Guitar

Regardless of how good you may be, if you don’t know how to tune a guitar, there is a high possibility of your playing never sounding great. Getting your guitar in tune and ready to play is the first and important step towards a great performance.

It goes without saying that you always have to tune your guitar before you practice. This is because it ensures that your ears will become accustomed to hearing the correct pitch of the instrument and the right intervals within scales.

The Basics Of Guitar Tuning

Tuning involves changing the pitch of your guitar by loosening or tightening your tuning pegs. These tuning pegs are located on the headstock of the guitar.

By tightening the pegs, the pitch goes higher and when they are loosened, the pitch becomes low. Tuning a guitar involves adjusting 6 strings on the instrument. Standard guitar tuning involves starting from the thickest and lowest-pitched string/the 6th string.

The guitar strings are always tuned relative to each other starting with the low E and working towards the high E. Once you identify the right pitch of a single pitch, you can tune your guitar’s remaining strings.

The first thing to do is to ensure your sixth string (the low E string) is in tune. To do this, use a reference pitch.  For a reference pitch, you can refer to another guitar, a piano, a pitch pipe, the dial tone on a landline or just by ear. This process can be used for the remaining strings.

Fret the 5th fret of the low E string then tune the A string to the same pitch.

Fret the 5th fret of the A string and tune the D string to the same pitch.

Fret the 5th fret of the D string and tune the G string to the same pitch.

Fret the 4th fret of the G string and tune the B string to the same pitch.

Tuning with electric tuners is the easiest way to tune your guitar. This relieves you from the stress of using strings to identify the right tunes for other strings. 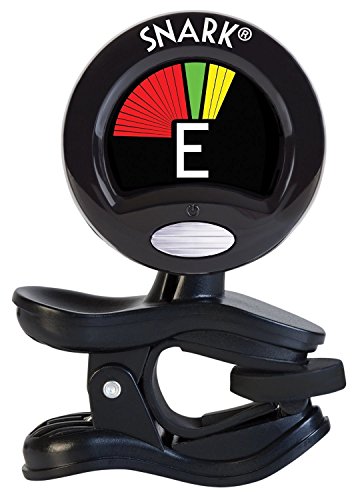 Once you turn on your electric tuner, tune your guitar by playing each note individually and it will let you know if your guitar is in tune in a few seconds. It identifies the string being tuned and shows if the string is too flat or sharp for the desired pitch. Now, that’s life! You’ve got to love technology.

Tuning To A Piano

You can tune your low E to the same note on the piano as a reference pitch if you have access to one.

To do this, look at the black keys on the piano and you will notice that there is a set of two black keys, followed by an extra white key, another set of three black keys, then a white key. This pattern is repeated for the length of the piano.

The white note placed directly on the right of the set of two black keys is the note E. So, play that note then tune your low E string to it. It is important to know that the E you play on the piano may not be in the same octave as the low E string on your guitar.

You can correct this by playing a different E on the piano until you find the one that is really close to your open sixth string.

Different Ways To Tune Your Guitar

In this tuning, the string is tuned one tone lower as opposed to standard tuning. Lower tunings are quite popular among rock and heavy metal bands as they are used to achieve a deeper sound. This is also used to accommodate a singer’s vocal range, there are different levels of lowered tuning.

D Tuning– this is a whole step down from standard tuning and produces a d g c f a d pattern. It is used by most of Elliot Smith songs. It is also used by bands like Symphony X, Cradle of Filth, In Solitude, Dream Theater, and many others

E♭ Tuning – This is half a step down the standard tuning and produces the e♭-a♭-d♭-g♭-b♭-e♭ pattern. It is used by several artists and bands like Jimi Hendrix, Motorhead and Kiss.

Here, strings are tuned up by the same interval. Raised tuning allows for an extended upper note range compared to standard tuning which limits the number of notes that can be played. Under raised tunings, we have the following:

Drop D tuning is almost the same as standard guitar tuning but with a single exception. In Drop D guitar tuning, the sixth (lowest) string is tuned down a whole step. This act moves the note to D2 instead of E2 and gives you a DADGBE pattern. If you are using a four-stringed bass guitar, the E string down is lowered to the D string.  When you lower the sixth string in drop D tuning, you get varying effects.

Tuning Your Guitar For Drop D

You can easily Shift a guitar from standard tuning to drop D tuning since all you have to do is to change the tuning of one string. You can do this in the following ways.

Other drop tuning types include;

Conclusion — How To Tune A Guitar

You should always tune your guitar every time you use it. This is because guitars, especially the cheap ones, tend to go out of tune easily and quickly.

Ensure that your guitar is in tune when you begin to play it.  While practicing, check the tuning frequently because the act of playing the guitar can make out of tune.

When starting out, it may take you five minutes or more to get your guitar in tune. However, once you become familiar you are with tuning process, you will be able to do it faster.

Most experienced guitarists can get their instrument in tune in about 30 seconds. Also, you can keep your guitar in tune longer by changing your strings regularly depending on how often you play it.