How Many Guitar Chords Are There

As a beginner guitarist, there is a whole world of possibilities when it comes to how many guitar chords you can learn. However, at this beginner stage, it is important to start with the basic rudimentary chords.

In this article, we’ll be showing you all the basic guitar chords that exist and how to play them. Ready? Let’s go!

The Chord Types You Should Know

There are five main chord types on the guitar. They are:

All these chord types all produce different sound types when played. Some of the differences between the chords are very audible, while others might take a very focused listener to pick out. 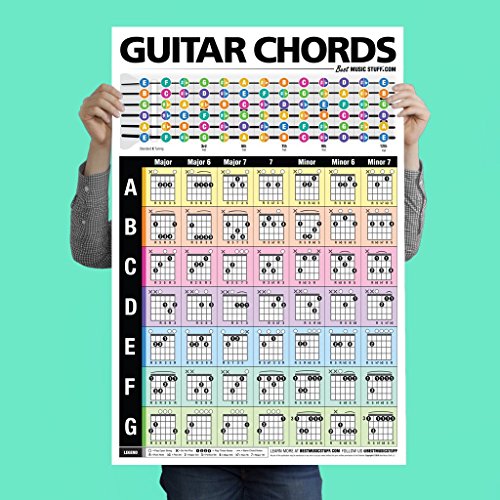 Before we get started, we do not want to just conclude that you already know everything there is to playing the guitar. So, let us do a brief breakdown of how the numbering system of the guitar works. This is a very basic part of learning the guitar that will help you understand the instructions we’ll be giving in this article.

The first numbering system you need to know is for the strings. There are 6 strings on the guitar, and they are numbered one-to-six from the lightest to the deepest string respectively. 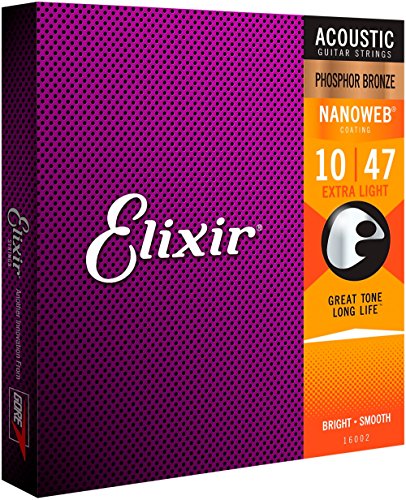 That is, the lightest string which is at the bottom of the guitar is string 1, then, the next string above that is 2, and so on.

The next numbering system you need to know is for the fingers on your fretting hand. So, whether you are right or left-handed, this numbering only applies to the fretting hand.

Now, let us take a more detailed look at the two-parent chord-types and how to play the guitar chords.

Major chords are the most basic chord types there are. Although being basic, they are also the most commonly used chords in a lot of songs. Just by making a few modifications, you can use the basic major chords to create hundreds of songs.

There are five major chords that are seen as fundamental for learning to play guitar chords. They are:

The other 7 keys also have major chords on the guitar (which we shall still look into). However, at the beginner level, these are the major you should be concerned about learning. So, we have decided to start with the basic fundamental major chords before we move to others.

The C major chord is one of the most common beginner chords. It is usually the first guitar chord most people learn.

To play the chord, you may strum from the sixth (open string) or the fifth. There is no rule for this. Playing the 6th string which is the lower E string, depends on the personal sound preference of whoever is playing. Not all guitarists like to hear that bass note in their C-chord, but if you do, you can play it too.

Barre chords are quite fun to play but not exactly easy. If you are a beginner or someone who isn’t already familiar with Barre chords, then, this might not sound flattering the first time.

It takes time and practice to get the best sound. So, if the sound doesn’t impress you the first time, just memorize the shape and keep practicing it.

The E major chord is another easy chord for beginners to learn.

To play the E major chord, you need to hold the third string at the first fret with your first finger. When doing this first step, make sure that your finger isn’t applying any pressure on the strings below that. This is because even the slightest alteration to your fretting can affect the sound produced.

Now, play the chord by strumming all six strings of the guitar. This guitar chord is not achieved by strumming with force. So, just keep the motion as smooth as possible.

Prices pulled from the Amazon Product Advertising API on:

Product prices and availability are accurate as of the date/time indicated and are subject to change. Any price and availability information displayed on [relevant Amazon Site(s), as applicable] at the time of purchase will apply to the purchase of this product.

The A Major Chord

The A major chord is another beginner guitar chord that is pretty easy to pull off. However, not so easy for people with large fingers. This is because your fretting fingers have to be very close to each other when making the shape for this chord.

To play the A major chord, you are to start by fretting the fourth string with your first finger at the second fret.

Looking at this arrangement, you can already tell why this chord is a challenge for people with large fingers. The good news is that, with a lot of practice, you can actually get used to playing this chord with ease – no matter the size of your fingers.

To play the A major chord strum all the strings except the lower E string.

The D major chord is one of the most comfortable guitar chords for beginners to learn. The chord shape gives you fingers comfortable spots on the fretboard.

When you play, strum from the fourth string downwards.

You are to strum all the six strings when you want to play the chord. This shape of holding the guitar for the G major chord is called the open position.

Now, let us see how to play the G major chord with the alternate shape. The first step is to have your first finger go across all the six strings of the guitar at the third fret.

Finally, your fourth finger should hold the fourth string at the fifth fret. Once again, strike all six strings.

In order to still keep this article simple, we decided not to add the Barre chord shapes for the other major chords. They are a lot more complex and could get you frustrated in your learning process.

Even for the ones we added, it is recommended that you first have a strong grip on how the basic chords work.

Minor chords are what we can call the opposite of major chords. They are popularly used in jazz, rock, and funk music. Minors are just as important as major chords. If you can learn to play minor chords and major chords comfortably, every other thing concerning the guitar will be an easy task.

Now, let us take a look at the minor chords for the major chords we mentioned above.

The sound produced by the C minor chord (Cm) is very down and somber. Some might even call it sad. However, this chord is very popular in rock, funk, and even classical songs.

There are two ways to play the C minor chord. The first is the standard form – which is barred. While the second is an alternate.

As we mentioned earlier in this article, barre chords can be hard for beginner guitarists. The alternate version of this chord is a lot easier on the fingers.

To play it, strum from the fifth string down.

Now, for the alternate version of the C minor chord, you need just three of your fretting fingers (sounds easier already). The first step is to have your first finger on the first string at the third fret.

To play the chord, strum for the third-string down.

The E minor chord is arguably the easiest minor chord to play. This makes it no surprise that it is also commonly used in virtually all genres of music. As a beginner guitarist, this chord should be one of the first you learn.

Now, strum all six strings. That is the E minor chord, pretty easy, isn’t it?

The A minor Chord

A minor chord is another chord that can be found in almost every genre of music. It has one of the heaviest sounds of all the minor chords existing. Somehow, the A minor chord still manages to give off that emotional twist that comes with minors.

To play the chord, strum from the fifth string down.

To play the D minor chord, strum from the fourth string downwards. Do not play the sixth and fifth strings.

The last and definitely not the least on the minor chord list is the G minor chord. The G minor chord is one that packs a punch whenever it is played. It has a sharp and confident feel with the sound it creates.

To play the chord, strum all six strings.

That is all you need to do regarding the fretting of the chord. To play it, play from the fourth string down.

Well, that’s all for the minor chords. Of course, there are other minor chords running through all 12 keys of the guitar. However, for the sake of a proper learning process, it is best to learn the ones we have listed here first.

7th chords are basically modifications of major and minor chords. There are three basic seventh chords. The dominant 7th, the major 7th, and the minor 7th.

The dominant 7th chord is basically a major chord with an extra note. When you add a flattened 7th to a major chord. This extra note is to be one-note lower than the seventh of the major scale. It might not seem like much, however, this slight modification affects the sound of the chord very much.

Well, we believe now that you have a good knowledge of how many chords exist. We know that you might be wondering what finger shape to use or what chord to use at a point. The different shapes you use depend on the songs you are playing. Some chord shapes are easier to do for specific songs and some are easier to learn.

So, just do what works best for you.